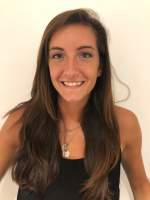 On a day-to-day basis, the ability to use a toilet – at home and work, and in public places such as schools, health centres and markets – is a basic human right. Sanitation has transformational benefits supporting aspects of quality of life, equity and dignity for all people.

Still, today UN agencies report that of the 673 million people practicing open defecation, 91 per cent live in rural areas. An increase in population in countries including Nigeria, Tanzania, Madagascar and Niger, but also in some Oceania states, is leading to localized growth in open defecation.

Ahead of World Toilet Day, which is marked annually on 19 November, WSSCC’s acting Executive Director, Sue Coates, has been speaking to UN News about how to end open defecation.

Check out the full interview 👉 here and share your thoughts!
You need to login to reply
Page selection:
Share this thread:
Copy URL
Recently active users. Who else has been active?
Time to create page: 0.230 seconds
Powered by Kunena Forum