19 Nov 2019 10:54 #28469 by beala
This discussion space is much welcomed! The German Toilet Organization (GTO) is one of SuSanA’s partners striving for inclusion and equity in its engagement. Leaving no one behind is in the core of our daily work. Reaching the most marginalized, this year’s theme of World Toilet Day, was also a demand of school kids in Berlin, Germany.

According to the World Health Organization (WHO) 4.2 billion people worldwide have no access to safe sanitation. Berlin school students publicly demonstrated on the occasion of World Toilet Day 2019.

The students are highlighting the fact that the global community can only achieve their self-imposed development goals, if they show solidarity with those, who are most affected by the sanitation crisis: the elderly, sick, refugees, children, otherwise marginalised groups and all those affected by disasters who are most affected by the world’s sanitation crisis. Toilets are an elementary part of human dignity and since 2010 also a human right. It is a scandal that many politicians do not know this and that the states do not act sufficiently, a spokesman for the students explained. The states would only achieve their self-imposed United Nations' Sustainable Development Goals in the area of sanitation if politics finally got the taboo subject out of the dirty corner. Goal 6 of the United Nations' Sustainable Development Goals calls for safe toilets, clean drinking water and access to hygiene for all people by 2030.

The event was part of the development education project “Toiletised World” of the GTO. Within the project, GTO organises one-day workshops at schools and jointly plans events to raise public awareness for development-policy issues with the school children. The following schools from Berlin, Germany, participated: the Werner-von-Siemens-Gymnasium, the John-F.-Kennedy Schule and the Johann-Gottfried-Herder-Gymnasium. The GTO has successfully implemented “Toiletised World” since 2009.

*for unrestricted use by the press with copyright notice: ©Wöhlert 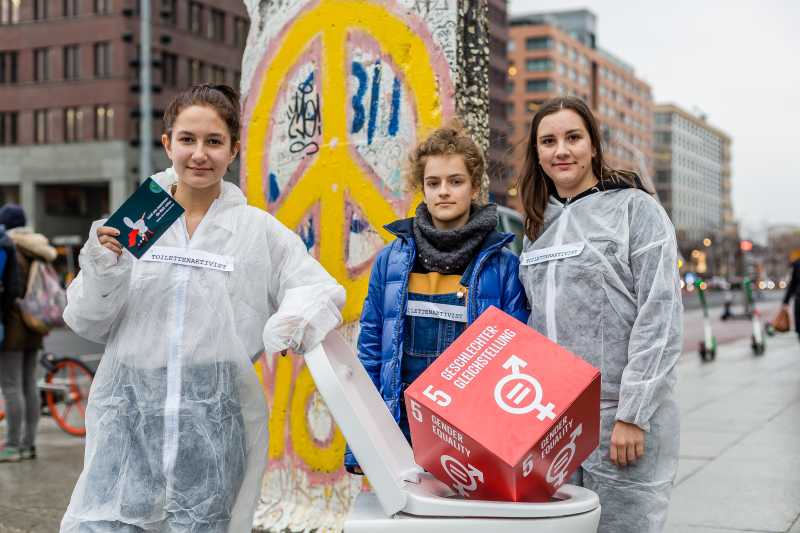 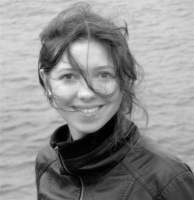 Today is the big day, the 19 November, World Toilet Day for everyone, everywhere.

German CSOs, who are active in WASH, have collected their activities on this occasion. You can find the toilet action by Arche noVa, BORDA, German Toilet Organization, Goldeimer and Malteser International on the webiste of the German WASH Network and on Facebook .

Re: “Leave Noone Behind” - School Pupils in Berlin Demand Safe Sanitation for Everyone Worldwide

I would like to add that there is now a 2:55 min video available online - currently only in German. It still gives some impressions from that extraordinary day in Berlin, Germany.