Wikipedia and Medicine: Quantifying Readership, Editors, and the Significance of Natural Language

Wikipedia and Medicine: Quantifying Readership, Editors, and the Significance of Natural Language 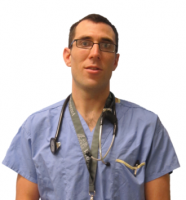 12 Mar 2015 19:59 #12463 by WikiDocJames
The post below is something that I posted to the HIFA2015 Dgroup on 9 March. I think it is also of relevance for people who are interested in improving sanitation-related content on Wikipedia (see the WikiProject Sanitation: en.wikipedia.org/wiki/Wikipedia:WikiProject_Sanitation ), as sanitation and health are so closely connected.

A friend and I just published a fairly indepth analysis of the size of
Wikipedia's medical content as well as who reads and writes its. Open access
of course

HIFA profile: James Heilman is a Wikipedian and works with Wiki Project Med
Foundation, a charity whose mission is to make clear, reliable,
comprehensive, up-to-date educational resources and information in the
biomedical and related social sciences freely available to all people in the
language of their choice. He is an Emergency Room Physician in Cranbrook,
British Columbia, and a Clinical Instructor at the University of British
Columbia. jmh649 AT gmail.com
James Heilman
MD, CCFP-EM, Wikipedian

The Wikipedia Open Textbook of Medicine
www.opentextbookofmedicine.com
The following user(s) like this post: Elisabeth
You need to login to reply
Page selection:
Share this thread:
Copy URL
Recently active users. Who else has been active?
Time to create page: 0.190 seconds
Powered by Kunena Forum