What is really needed for sustainable development is education and training

What is really needed for sustainable development is education and training 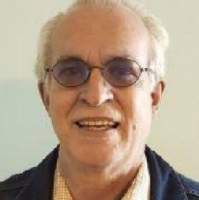 Descriptions and images that are infantilizing and patronizing are bound to be in the literature of WASH and development since there has been little or no effort to get people education and training. Despite the independence movements of the 1960s, developing countries are still being colonized. It is true that this time the colonizers are not so free to take away the natural resources. This time they simply infantilize and patronize by suggesting that developing country populations are incapable of their own development. So rather than getting them education and training they get them, for example, water treatment or a toilet or a cookstove. These items are examples of what may be most basic to those in dire poverty.

There is a serious need to get people education and training. In really getting people sustainable development, the most effective capital-intensive programs will be the ones that are resource intensive. The human and natural resources tend to be abundant almost everywhere. What is really needed for sustainable development is education and training. For unfathomable reasons, this is found to be difficult, however, so there has come to be an unfortunate emphasis on meeting quotas with imported resources, not doing education and training. After all, the quotas of those who get, for example, water treatment, latrines and cookstoves, need to be accomplished by 2030.

If we do not get people education and training and a knowledge of the use of their abundant resources, 2030 will be replaced by a new set of goals, with a different name and an end date of 2040 or 2050. We will be having these same conversations again. The developing world will continue to be the developing world rather than a prosperous and newly industrialized world. Apologies for so visceral a response but the blood is boiling. It is just plain wrong to give people a fish and tell them that this is sustainable development.
All the best,
Reid
Anthony Reid Harvey, ceramic industrial designer
Niagara Falls, NY USA
drive.google.com/file/d/1lMYxJP_ly-hcXLR...l2X/view?usp=sharing
You need to login to reply
Page selection:
Share this thread:
Copy URL
Recently active users. Who else has been active?
Time to create page: 0.238 seconds
Powered by Kunena Forum