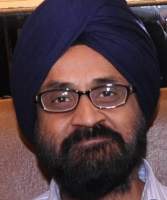 28 Jan 2020 11:07 #28897 by depinder
Under the Sanitation Capacity Building Platform(SCBP), the following framework for state level capacity building for FSM was developed by NIUA in 2018-19.

This is based on the experience of SCBP and partners of National FSM Alliance of India.
Depinder Kapur is Director Water Programme at Centre for Science and Environment. He has taight at Shiv Nadar University and has lead the Sanitation Capacity Building Platform(SCBP) of National Institute of Urban Affairs. His professional engagements have been with AKRSP(Program Officer Forestry), SPWD(Sr. Program Officer), CARE(Director NRM), Oxfam(Program & Advocacy Director), WaterAid India(Country Head) and WSSCC(National Coordinator) and as an independent consultant.

12 Mar 2020 06:30 #29254 by paresh
Thank you Depinder for posting the normative framework. I feel this is an important document for members working on FSSM (or FSM) and supporting governments especially in the developing world, so I would like to bring it to your attention by posting in this thread again.

For members who may not know, SCBP in an initiative of the National Institute of Urban Affairs, India. It is a collaboration of reputed Indian and international research and training organisations; it works to build capacity of Governments for non-sewered sanitation. More information can be accessed from SuSanA project database here www.susana.org/en/knowledge-hub/projects/database/details/303
and their website scbp.niua.org/

The attached document also contains some insights of SCBP’s work and their journey.

The normative framework shared earlier is designed as a guide for organisations involved in supporting FSSM in rural and urban areas in India. Based on a consultative process, the following 7 steps are recommended. The supporting organisation can decide where to intervene based on the current status of the respective state government

Depinder, it would be great if you could tell us more about how the framework has been received so far. I understand that these steps have evolved from experiences of various partners supporting governments at different stages. Have they identified any of these steps to be critical to take the agenda forward or have found steps where the process sometimes gets stuck? Finally, how have the governments responded?

The Normative Framework was developed for any agency wanting to engage with a state government in India for promoting FSM work, primarily from a Capacity Development engagement, and can also be applied for any decentralised non networked sanitation solutions initiative. Hence the primary audience was other development agencies - sharing with them what we learnt from experience in the Sanitation Capacity Building Platform(SCBP), how to engage with the state governments for promoting FSM.

The Framework is not prescriptive. So if a state government has already issued a state level FSM policy, then you move straight into the next steps.

At SCBP we dont prescribe partners what they should do. The capacity development training modules - requires strategic long term engagement. Most states in India now have a basic orientation and awareness of FSM. However as new officers join and the states who lag behind - Orientation Modules(1-3) remain relevant.

For the next set of advanced modules - the 3 modules on Planning, Technology and Financing : this requires , availability of the 3 set of training modules mentioned( 4-6) and time commitment to spared 3 to 5 days for each set of trainings.

At SCBP we are relying on National Nodal Training Institutes to adopt both Orientation and Advanced Trainings as part of their curriculum of training of officials of states and Urban Local Bodies. We are also digitizing our Orientation Courses and making them scalable.

Thanks again for asking.
Depinder Kapur is Director Water Programme at Centre for Science and Environment. He has taight at Shiv Nadar University and has lead the Sanitation Capacity Building Platform(SCBP) of National Institute of Urban Affairs. His professional engagements have been with AKRSP(Program Officer Forestry), SPWD(Sr. Program Officer), CARE(Director NRM), Oxfam(Program & Advocacy Director), WaterAid India(Country Head) and WSSCC(National Coordinator) and as an independent consultant.

The following user(s) like this post: Elisabeth
You need to login to reply
Page selection:
Share this thread:
Copy URL
Recently active users. Who else has been active?
Time to create page: 0.205 seconds
Powered by Kunena Forum