"Sustainable Sanitiation" versus "Ecological Sanitation versus "Resilient Sanitation": What are our words really saying?

"Sustainable Sanitiation" versus "Ecological Sanitation versus "Resilient Sanitation": What are our words really saying?

Is it just me or does the flawed sanitation system described in the above article not only meet the definition of "ecological sanitation" but also "sustainable sanitation" as well? And, if so, why are these terms so terribly misleading or have they been purposefully co-opted?

Obviously, the sanitation system described above is untenable. But I would argue that it is also wholly unsustainable. However, when I compare the particulars of Mexico City's system to the accepted definition of "sustainable sanitation" at it appears here I can't help but notice that the argument could be made that it meets all of the mandatory criteria of such a system. After all the system is economically viable (it’s not bankrupt), it is socially acceptable (most everyone is clambering to be part of it), it is technically and institutionally appropriate (whatever that really means) plus, and this can also be argued, it, "...protects the environment and the natural resources," at least when contrasted against open sewers or no sanitation system at all. And that last criteria, like the remainder of those that appear in the latter-half of the definition, can be glossed over since like they are not actually mandatory (as in the law, anything modified by the word "should" is merely a suggestion).

In a similar way, and I think this would likely be surprising to the average person on the street, Mexico City's system also meets the accepted definition of "ecological sanitation" given that the end-use of the human excreta collected, "...closes the loop between sanitation and agriculture". Likewise, the kind of sanitation system in use in, say, New York City, also (counter intuitively) meets the same definition. That's because the sludge harvested from that city's wastewater treatment plants is dumped on farmland, primarily in Pennsylvania.

So, what's my point? Well, I guess I really have two. The first is that I think the definitions of "sustainable sanitation" and "ecological sanitation" are both misleading and are needlessly and dangerously co-opting the singular concepts of "sustainability" and what it means for something to be "ecological" (or what is required in order for something to not be considered unecological). For example, Mexico City's system would have a hard time attaining the status of being even more unsustainable . Moreover, both it and New York City's systems are ecological nightmares. Which begs the question, "How they can be included in a term that includes the word "ecological"?

Second - and this point arises from the perspectives of marketing and ethics - I don't think that the definition of "sustainable sanitation" as it currently exists sufficiently differentiates the kind of sanitation system that many of us hold dear to our hearts from those that we really don't want to be affiliated with. I refer here to a system that is comprised solely of dry (ideally source separating) toilets and onsite or regional processing of the byproduct(s) of such toilets (composting and/or, in the case of segregated urine collection, storage/ageing) into either fertilizer, soil conditioner or fuel (e.g. briquettes or biogas).

So, it seems to me that the existing definitions of "sustainable sanitation" and "ecological sanitation" are either a) too broad in their scope as to make both rather meaningless and, in the first case, almost all-inclusive, b) not restrictive enough or c) that perhaps another term entirely is needed in order to differentiate the kinds of systems that are more apt to stand the test of time from those that absolutely cannot. In the latter regard, if amending existing definitions proves controversial, perhaps adopting a single, less widely used term (like "resilient sanitation") to describe systems that are striving for sustainability and supporting ecological welfare would be more appropriate.

For clarity, a decentralized dry toilet scheme can be designed in such a way that it approaches the goals of sustainability while also promoting ecological welfare by relying upon natural and, where necessary, recyclable building materials, dry flush principles and human and animal labor while also subscribing to the tenets of deep conservation of water and supporting an organic - over a conventional - agricultural system. For example, a scheme could achieve this level by relying on a) site-built urine diverting dry toilets constructed from renewable or repurposed building products, b) human- and/or animal-powered collection vehicles over ICE vehicles, c) human, animal, water or wind powered processing facilities and, finally, d) on end-users of the resulting product(s) who are themselves striving for sustainability and ecological balance (like folks using human excreta briquettes for fuel or small and medium-sized farms that subscribe to the principles of organic agriculture). In terms of sustainability and promoting ecology a system like this is light years ahead of a system that, first and foremost (and in particular), relies on water and an extensive and wasteful conveyance and processing infrastructure (like modern sewers and wastewater treatment plants that rely on complex networks of industrially-produced components) and that, second (and more generally speaking), demands massive outlays of finite resources. If what we are trying to do is create and support sanitation systems that can stand the test of time in all its permutations then why would we want to confuse the pubic by using definitions to describe what it is we do that are open to interpretation or that are inclusive of the kinds of systems that society can least afford?

>> Emphasize mandatory requirements by replacing the word "should" as it appears seven times in the definition of "sustainable sanitation" with the word "shall".

>> Subject a given system to a more stringent set of sustainability criteria by strengthening the existing definition. For example, the definition could mandate the use of dry toilets or prohibit the use of any toilet that utilizes something other than a dry flush.

>> Similarly, on the ecological side of things, subject a given system to a more stringent set of ecological standards. For example, the definition could include a prohibition on certain inputs (like industrial/synthetic compounds).

At the heart of my thinking lies the following question: "Why should a mortally flawed sanitation system like New York City's or Mexico City's benefit from being able to call itself "ecological" or 'sustainable" when, in both instances, nothing could be further from the truth?" And we don't have to take this argument to its natural conclusion, namely by saying that if it's associated with humans then, by definition, it cannot be classified as sustainable or ecological. We don't have to because in in this one aspect of our existence (how we manage our excreta) we actually have the opportunity to do something truly positive in support of sustainability goals and in favor of ecological principles. I just want our words to better match our stated goals.

What do you all think?
Kai Mikkel Førlie

Spreading untreated faeces on agricultural food crops might meet the ideals of ecosan, but not those of safety - so I agree with you that there should be tighter understanding of what is considered to be "properly processed" within that definition.

"Ecological" and even "sustainable" are slippery terms. Some "ecological" things are not safe (burying dead animals in such a way as to produce dangerous spores, for example). "Sustainable" in and of itself is fairly meaningless. How sustainable does it have to be? If one can continue with an activity for hundreds of years without any noticeable effect on the ecology, is that sustainable? Or only if there is no effect on longer time periods?

And what is a noticeable (or important) ecological impact anyway?
You need to login to reply
Less

I think you raise a very interesting point, which I think has been previously discussed by this community and many others.
There exist some general definitions on what is meant by "sustainable" (see for instance the Brundtland report ). And there exists the definition of the "five sustainability criteria for sanitation" that have been agreed on by the SuSanA community in the vision document " Towards more sustainable sanitation ".
I think the statement of these five criteria (call it objectives if you like) build upon and summarize what have learnt in the past century. While the initial focus was on evacuating to reduce health risk, there was a shift to more "appropriate technologies" (those that fit to the financial, institutional, and cultural conditions and capacities in a given context) in the 70ies and a focus on the reduction of eutrophication (see for instance Kalbermatten et al 80 ). Those criteria have been more recently completed with the additional aspiration of resource recovery and reuse.

I do agree, the five criteria as defined by SuSanA are not enough to evaluate the sustainability performance of a given technology or system without its context.

As stated by the vision document " The concept of sustainability is more of a direction rather than a stage to reach."
The stated fundamental criteria (Health, Environment and natural resources, Technology and operation, Financial and economic issues, Socio-cultural and institutional aspects) are highly context specific and require a careful definition of locally applicable and measurable performance indicators. This ideally is been done in a participatory process.
The functional sanitation ladder is to my view a good starting point to do so (see for instance Kvarnström et al 2010 ).
Therefore I also think that this discussion somehow relates to the " Thematic Discussion 1 - The Sanitation Ladder: Next Steps ".

Cheers, Dorothee
WG1 Co-lead
Working with Sustainable Sanitation and Water Management (SSWM): www.sswm.info
Currently doing research on generating sanitation system options for urban planners and quantifying mass flows for a broad range of options considering novel technologies as an input into decision-making: www.tinyurl.com/eawag-grasp
This email address is being protected from spambots. You need JavaScript enabled to view it.
The following user(s) like this post: KaiMikkel, indiebio
You need to login to reply
Less 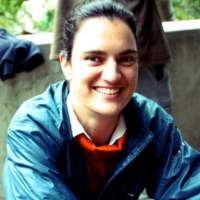 Thank you for the helpful links Dorothee, I am about to delve into them.

(I agree with those points made by KaiMikkel.)
You need to login to reply
Less

20 Jul 2018 09:42 #25657 by dorothee.spuhler
Great that this post was helpful for you!
The vision document has since then been revised in order to account for the SDGs.
Have a look here:

Sustainable sanitation and the SDGs: interlinkages and opportunities (2017):
www.susana.org/en/resources/library/details/2859

Check out this page as well: www.susana.org/en/about/vision-mission
WG1 Co-lead
Working with Sustainable Sanitation and Water Management (SSWM): www.sswm.info
Currently doing research on generating sanitation system options for urban planners and quantifying mass flows for a broad range of options considering novel technologies as an input into decision-making: www.tinyurl.com/eawag-grasp
This email address is being protected from spambots. You need JavaScript enabled to view it.
You need to login to reply
Recently active users. Who else has been active?
Time to create page: 0.753 seconds
Powered by Kunena Forum