It is rare in South Asia that we have dedicated persons in the field of sanitation – persons who work hard and change the present inappropriate practices in sanitation to the next level. The next level could be any thing from creating awareness, changing behaviour to giving incentives for building appropriate toilets, and making sanitation sustainable.

1. Namita Banka – Taking the ‘Bioloo’ to every corner of the country

Namita Banka and her team at Banka Bioloo is working hard to ensure that an eco-friendly toilet can be a reality in most homes in India so that the two major issues facing the country – poor sanitation and open defecation can be effectively combated. The team is constructing bio-toilets for homes, public places, community areas, schools and institutions; bio-tanks for Indian Railways and other clients; bio-digesters (the bacterial culture) for bio-toilets and bio-tanks; and upgrading septic tanks to bio-tanks.

The unique toilet design by Eram Scientific Solutions Pvt. Ltd. is solving rural India’s sanitation problem in a more technology-friendly way. These toilets work on a sensor-based technology. The self-cleaning and water conservation mechanism in the toilet makes it unique. The user has to insert a coin to open the door and its sensor-based light system is automatically turned on once you enter the toilet. It also directs the user with audio commands.

Atul Bhide from Mumbai is leading rural India to a healthier future, one toilet at a time. When he saw the poor sanitation condition in Maharashtra, he went ahead and constructed 10 toilets from funds of Rotary Club Thane Hill where he held president’s position. The team then constructed 200 toilets in Solgav village of Maharshtra. Each toilet is equipped with two soak-pits with special honey-comb designed brick work inside. They are odour-free, and do not require a separate drainage system.

When his daughter complained about lack of clean accessible toilets in school, he started Samagra with an objective of providing awesome sanitation services to the urban poor. He calls himself the “chief toilet cleaner” and says that even if there are toilets, people will not use them if they aren’t clean. Thanks to his efforts, the urban poor, especially teenage girls, live a more dignified and convenient life.

5. Dr. Mapuskar and his amazing toilets in rural India

Dr. Mapuskar has been working in the field of rural sanitation for the last 50 years. His first efforts to build 10 toilets failed as those toilets collapsed in the monsoon. But he did not give up and began promoting a better technology and design of bio-gas toilets developed by Appasaheb Patwardhan. Today, there are 75 such bio-gas toilets functioning in the village, apart from 1000s of toilets in the villages which are now open defecation free. Over the next 5 years, Dr. Mapuskar modified the original design and developed the Malprabha bio-gas toilet.


Who would be the 5 heroes of this forum? Can anybody pen them down?

Rahul Ingle
You need to login to reply
Less

About those five heroes from India mentioned in the article: it's great that they are doing all this amazing work in the sanitation field!

I am just a little bit frustrated with Hero Number 4 (4. Swapnil Chaturvedi – The “Poop” guy). I have e-mailed him about five times to enquire about his work (as he also had funding by the Bill & Melinda Gates Foundation), but never received a reply to my e-mails. That's a pity as I thought it would be nice to have his work introduced and discussed here on the forum. If anyone knows him, could you please give him a gentle further encouragement to reply to me and to post here on the forum? Thanks.

Hero Number 1 is quite active here on the forum (1. Namita Banka – Taking the ‘Bioloo’ to every corner of the country), see e.g. here:
forum.susana.org/forum/categories/35-bio...such-as-banka-bioloo

You asked about the heroes of our forum. They are actually easy to name. They are listed here as "featured users" and YOU are one of them:

These men and women are my heroes of the forum as they are so kind with their time and are active in sharing knowledge and advancing various discussions. We have another "featured user" in the pipeline very shortly, so please stay tuned.

It is a bit surprising that Hero # 4 did not respond to your 5 emails. I fail to understand why.

You have equated this forum's heroes with the featured users. I was expecting, perhaps, you would device separate criteria for the heroes!

You, however, forgot the Number 1 Hero of this forum.... and this is.. drum rolls please... Elisabeth von Muench

Re: Five Heroes of India - Who Are Dirtying Their Hands For A Clean India!

3S Shramik is the leader in bio-toilets, ahead of Bio-Banka in terms of number of toilets deployed and people served. Therefore Rajeev Kher belongs on this list.

Shelter Associates in Pune has built household toilets for over 3,000 slum-dwelling families, thus providing the best sanitation experience possible to these families. Except No. 5 on your list, no one else comes close to this number so she definitely belongs at No 1 or No 2. (disclaimer: I work closely with Shelter)

No 4--would love to check out their work--unfortunately, I have seen less-than-flattering photos regarding the cleanliness of the toilets they manage.
No. 2 is unfortunately just too expensive for mass deployment though I hope they are using their wonderful technical brains to develop more affordable solutions.
The following user(s) like this post: Carol McCreary
You need to login to reply
Less 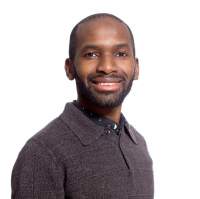 On Hero(ine) number 1 of this forum, I agree with you entirely. Elisabeth's enthusiasm and efforts to keep this forum active deserve more applause than I can even give!

Thanks for your kind words, you made me blush!!

I hope the two of you, and all the others, will keep on posting. It is people like yourselves who are keeping this forum alive and interesting!

Thanks for your inputs from India!
It would be great if you could encourage 3S Shramik to participate in the forum discussions about those bio-toilets here (I am assuming you mean those DRDO systems?):
forum.susana.org/forum/categories/35-bio...-constructed-wetland

Could you also start a new thread to tell us more about the work of Shelter Associates in Pune? Which types of sanitation system do they install? How do they do the maintenance?

Can you share any photos, links or news reports about this organisation, the number 4 in the list: Swapnil Chaturvedi – The “Poop” guy ?

Dr. Elisabeth von Muench
Independent consultant located in Brisbane, Australia
This email address is being protected from spambots. You need JavaScript enabled to view it.
Twitter: @EvMuench
Founder of WikiProject Sanitation: en.wikipedia.org/wiki/Wikipedia:WikiProject_Sanitation
My Wikipedia user profile: en.wikipedia.org/wiki/User:EMsmile
You need to login to reply
Share this thread:
Copy URL
Recently active users. Who else has been active?
Time to create page: 0.301 seconds
Powered by Kunena Forum