Help us Rename the SuSanA Forum ‘User of the Month’ !

02 Mar 2014 20:18 #7581 by christoph
If any, we need motivation for the 90% who are NOT writing. The user of the month is drawn to those who are already writing.
But from my view the forum itself has to generate the interest in writing in the users by good and interesting discussions and not by other means.

IMHO this is just human nature and can't be changed significantly, and the usual approach is to target the 10% to become even more active and hope to maybe extend that 10% to 15% or such.
Microbiologist & emergency WASH specialist
You need to login to reply
Less

Christoph: human behaviour is a strange thing, difficult to predict, what works for one person does not work for the other... So as Juergen said: this could be an incentive for some people, even if it not at all an incentive for others.

The "user of the month" award was indeed also designed to incentivise those people that do write on the forum but do not yet write often on the forum. Perhaps those hat have made 20 posts so far, and could be encouraged to put a bit more time in to also get this public recognition. The top users don't really need additional incentives, it is the users in the second tier (i.e. those who are number 11 to 100 when ordering the user list by number of posts).

Keeping in mind that the award is not just for the number of posts made but also for the helpfulness, language used, supportiveness, perhaps picking up "orphan posts" that have not recieved an anwer yet, sparking new discussions and so forth.

Looking at our stats list ( forum.susana.org/forum/categories/userlist ) you can by the way see that currently: Overall, the general trend is definetely on the rise, which you can all see here at any time (2 graphs; with a new all time record for last week!):
forum.susana.org/forum/statistics

Back to the original question: Regards,
Elisabeth

P.S. I will speak to the other committee members and if they agree then I promise that I will also appear as "user of the month" (or similar title) some time in 2014. But first we have some other people on our list.

muench wrote: I don't like the adjective "featured". Why? Because it is too "neutral" in my view

Well, I for my part like it exactly because it is more neutral.

muench wrote: Even I don't really know what it means in German... Check in Google Translate or leo.org and you find no proper translation, or at least not one that fits well for our purposes here, I think.

Your Leo translation is for "to feature" but have a look what is gives you for "featured":

I checked for the French translation where it is translated as "selectionné" (or selected).

In any case I think it's fair to say that the word "featured" is not in daily use for non-native speakers (and maybe not even for native speakers) and is therefore not that appealing because it doesn't speak to our emotions. It is cold and neutral, not cheerful... (in my ears)
Head moderator of this Discussion Forum
(under consultancy contract with Skat Foundation funded by WSSCC)

Re: quel nom pour l'utilisateur du mois ? (in French) [Which name should be used for “User of the Month”] 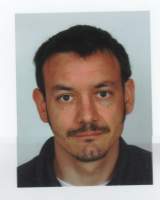